The recognition of an EU court decision in the Netherlands is subject to the direct regulations of the EU legislation as a result of the country being a member state. While there is no need for special legislation for the implementation procedure, it is worth noting that there are several legal resources relevant to the enforcement of foreign judgments, presented in more detail below by our team of agents who specialize in debt collection in the Netherlands.

The European Court of Justice has its seat in Luxemburg and, since their establishment, there were more than 15 000 judgments to be delivered by this authority.

The Court’s tasks are set out in Article no. 220-245 of the EU Treaty, as well as his own status. These are to ensure uniform interpretation of European legislation.

In 1989, to ease the work of this authority, there was established The First Instance of Justice and then, in 2004 another court to have in charge the matters concerning civil servants: servants of the European Union Court. Since then, the CJEU jurisdiction targets only the reviews submitted by individuals and businesses against the decisions of the European Court of Justice of First Instance. More recently, however, with few exceptions, the CJEU responds and records of the proceedings at first instance made by the Member States against the European Commission.

Holland has one judge in charge of the Court of Justice of the European Union, as every country member of the EU.

What are the international laws and conventions applicable to enforcing foreign judgments?

Some of the relevant EU laws that ate applicable for the enforcement of judgments in the Netherlands are the following:

Apart from the relevant EU laws and the international conventions to which it is a part of, the Netherlands has also signed a number of bilateral treaties for the mutual recognition of foreign judgments. Some of these are signed with Belgium Italy, Germany, Austria or the United Kingdom.

Are recognition and enforcement inseparable?

In practice, recognition can be a prerequisite for enforcement. However, these two procedures are distinct legal steps and not all recognized judgments are enforced. For the purpose of debt collection, the sole recognition will not be enough for the purpose of collecting the debt and the creditor will need to seek enforcement from the Dutch courts. This is because the debtor is required to perform a specific action, such as making a payment or transferring the ownership to the creditor.

The ease with which a court decision can be enforced can depend on the applicable legal framework, the matter of the enforcement as well as the debtor’s defenses.

As far as debt collection in the Netherlands is concerned, one of our specialists can help analyze your case and determine the manner in which the enforcement procedure can commence and the ease of the procedure.

What are the main requirements for enforcing foreign judgments in the Netherlands?

The party that wishes to enforce a foreign judgment in the Netherlands, that is a judgment issued in another member state or an EU court decision, must present the following documents to the local Dutch court and/or authorities:

In general, there is no pre-determined timeframe for granting recognition and enforcement. In some situations, a judgment that is issued in another EU member state can be both recognized and enforced without any other mandatory proceedings.

For judgments rendered in a state that is part of a treaty, such as the Lugano Convention, the requirements for the mandatory documents may differ, however, in principle the two mentioned above will remain (a certified judgment copy and the declaration of enforceability).

What are some of the procedures handled by the European Court of Justice?

Eight advocates-general work for the Court and their job is to present opinions on the cases brought before the Court. This procedure must be public and impartial.

Each judge and advocate-general, which are agreed by the Government, have a six-year term, with the possibility of renewal.

There are several types of cases the Court can compel with, but the most common are:

As a significant feature of the Court of Justice of the European Union or the Community judicial act, recognized in any state member, including Holland, may be mentioned the following:

Creditors should remember as a general guideline that judgments rendered in another EU member state are automatically recognized and enforced in the Netherlands as per the Brussels I Regulation (Recast).

Our team of debt collection lawyers can detail on these relevant legal resources as well as provide adequate legal counseling as per the course of action whenever creditors need to enforce in the Netherlands an EU court decision. The decisions regarding the recognition and the enforcement of judgments can be subject to appeal. Contact us for more information on the enforcement of an EU court decision in Holland.

Meet us in the Netherlands 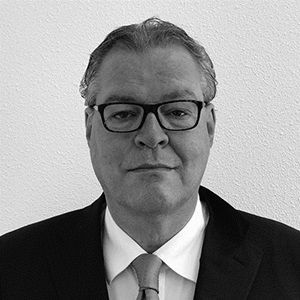 Call us now at +31630863933 to set up an appointment with our attorney, Rolf Peter Rothuizen. We can help you recover your debt.